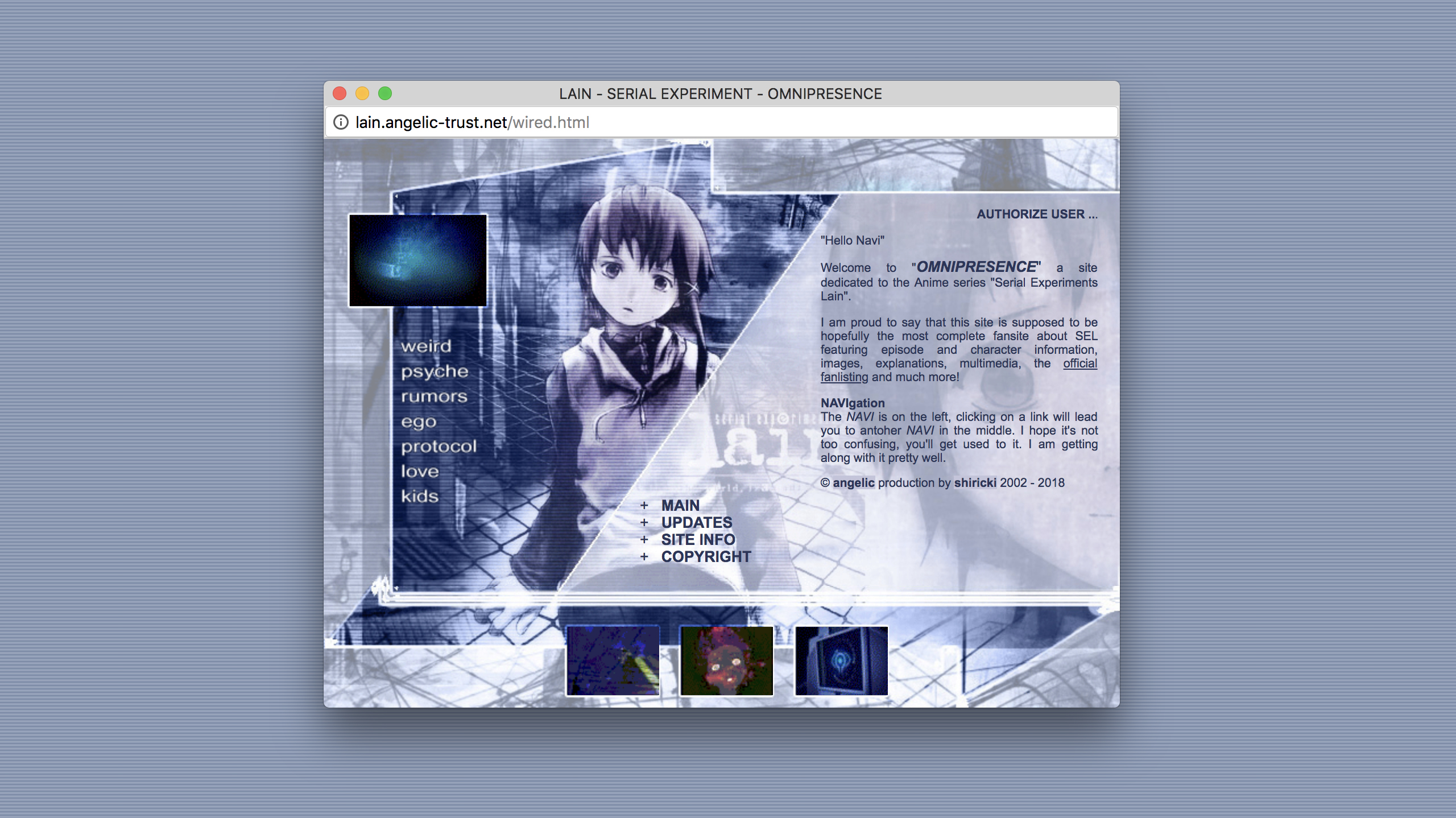 A fansite dedicated to the anime series “Serial Experiments Lain”, named “OMNIPRESENCE” after a basic theme of the series.

I am proud to say that this site is supposed to be hopefully the most complete fansite about SEL featuring episode and character information, images, explanations, multimedia, the official fanlisting and much more!

When I once redesigned my site collective angelic-trust.net I used Lain as theme without even having seen it. I just got caught by the very emotional images that are out there. I got curious about the anime show that I put all my effort in getting a copy of Serial Experiment Lain. Right after the first scene I became a fan.

Even though SEL is so confusing, it’s just breathtaking and unique.

I came to the idea to create a listing with all Lain-fans out there. At first the site should just become this listing. But after I started with the layout, I realized very soon that I would come up with more than just a fanlisting.

A network that connects all websites created by me – shiricki. Enjoy your stay.